It’s Not You, It’s Me: 3 Self-Inflicted Problems That Get Blamed On Marketo (and How to Fix Them)

Now that I’ve been a Marketo power user since 2012 for more than a handful of companies, I can safely say I’ve noticed an easily fixable problem:

Marketo (and SFDC, as a result) tend to get blamed for issues that are self-inflicted.

What do I mean when I say that?

I mean that many times, I’ve found myself scrambling to fix something that’s not “wrong”, per se. The systems act according to the way they’ve been set up. In other words, there’s usually something wrong with the setup, not the software.

Here are the most common problems I’ve found that can be avoided by planning ahead and understanding your martech:

1) Marketo Isn’t Giving Me the Reports I Need

I kept the title of this particular issue vague on purpose because I see it pop up time and time again in reference to different data.

Marketo’s reporting can get almost ridiculously specific, even without purchasing any add-ons. The problem is it won’t just give you the data required for making responsible decisions out-of-the-box. While this can be a problem for the occasional marketer, it’s actually a really good thing. Why?

Because you get to define your success metrics.

And why wouldn’t you want to? Different programs require different desired actions (ex: a webinar’s success metric could be attendees, but it could also be registrants depending on your goal [thought leader vs. branding]), so why would you rate all conversions equally? You wouldn’t.

But defining your own success metrics requires forethought. Planning ahead adds extra time to the front of your campaign process, but it’s well worth it when your CEO comes to you at the end of a quarter asking for a report on “how marketing is doing” and you can actually present him/her with data.

The fix: Figure out what you want to report on before setting up your programs. If ROI determines success, for example, you’ll need to add a Period Cost so Marketo can divide your investments across pipeline. If conversions are the goal, you’ll need to define success and set up progression campaigns to move people through the funnel (if you need help, we deep-dive into this topic in our blog post, “Why Your Attribution Reporting is All Messed Up“). Otherwise, your Program reports won’t tell you much of anything other than you’re doing some stuff.

Here are three questions you can ask yourself to push the process along:

2) My Emails Aren’t Getting Delivered

This is another vague one with multiple solutions, but usually comes back to how good your data is.

Usually, the biggest culprit of bad data (and therefore deliverability) is list purchases. I’ve been in the marketing world for 12+ years and have only seen moderate success with one list purchase. Even then, it was purchased through a trade show we exhibited at, so we had that affinity – it wasn’t a cold campaign. Every single other time I was forced to purchase a list, the campaign was an abject failure and my CFO would get angry, threatening to take my budget away. If lead generation is your end-game with list purchases, don’t confuse quantity with quality. Then proceed to run in the other direction.

Another issue is mailability. This is something I cut off at the pass by creating a Marketable Smart List or Segment that gets added to all my campaigns. It allows me to pull a list of everyone I want to email, but suppresses anyone who can’t receive the message (ex: marketing suspended, unsubscribed, blacklisted, email invalid, etc). I also set up a view with all those fields so I can see which filter is suppressing each record – because believe me, someone will ask.

3) Sales Isn’t Getting the Insights it Needs

“Our sales team is using Marketo Sales Insight, but they don’t know who opened or clicked on their emails. How can they get a report?” is something I hear often.

For starters, even though sales is sending these emails, full reporting will only be available in Marketo, which is managed by the marketing team so they can plan their communications around what sales is doing (the last thing you need in marketing is email fatigue).

Sales can also access all their email sends in the “Marketo” tab that’s installed in SFDC, although it gets tricky if their manager wants to view any emails sent by his/her team (I recommend setting up Marketo report subscriptions for that, instead).

The bigger question here is: do they really need that information?

If they’ve sent someone an email and that person doesn’t reply, then the overall consensus should be a) they aren’t interested, or b) the content didn’t apply to them. When it comes to sales emails, all that really matters is the response – or lack thereof – to determine follow-up action.

The Fix: The fact of the matter is, sales is probably still going to want insight into how their emails are performing. From a team manager view, this does make sense in a few circumstances, so it’s not necessarily harmful. Just be prepared for your marketing team to start fielding questions ranging from “Why isn’t this lead receiving my emails?” to, “How do I attach a document?” (Spoiler: you can’t)

The way I do this is by creating an SFDC Campaign and Marketo Program specific to each initiative with its own MSI email template as an asset. I then set up the following Smart Campaigns:

Here’s an example of what the “Opened” campaign looks like:

Now, you’ll be able to run campaign reports in SFDC for each MSI initiative. I’ve helped develop dashboards, as well, so the team leads can see who’s sending what emails, and when. There are a few quirks, like the send only registers once (in other words, if you send an email to a record multiple times, only the first send gets recorded), but that may not be important to your initiative.

The most important thing to remember when it comes to Marketo (and most marketing stacks) is that you can set it up to do pretty much anything you want – but you have to tell the system to do it.

This requires planning ahead, which can (and does) take extra time, as well as fairly in-depth knowledge about how your systems work – both independently and together. But if you can’t track your activities, you might as well not have any.

Have you ever had someone blame your martech for wonky things? Give us your examples (and fixes) in the comments!

The post It’s Not You, It’s Me: 3 Self-Inflicted Problems That Get Blamed On Marketo (and How to Fix Them) appeared first on RevEngine Marketing. 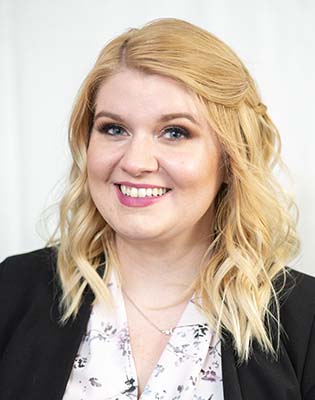 A Marketo Certified Solutions Architect and Marketo Champion, Jenn has over 10 years of marketing experience and holds an MBA in Marketing from DeSales University. She previously worked as a national Director of Marketing for a global software/technology company and likes to focus on strategy and scalability. She’s also a nerd who really, really likes cleaning data. In her free time, Jenn also knits, reads, and bikes, and can often be found in a microbrewery sampling a flight of Belgian-inspired beer. Her favorite book is House of Leaves by Mark Z. Danielewski and her favorite Backstreet Boy is Nick Carter.
All Posts »

Creating a best-in-class marketing operations team starts with the right model. In this ebook, we'll explore considerations for when it makes sense to take initiatives in-house (and when it doesn’t). We’ll also share a model to help you plan your investment and figure out how much outsourcing costs.
Download
eBook
PrevPreviousThe Emergence of Direct Mail with Andrew Field
NextStocking Stuffer Marketo Tip #1 – Take a Break from Holiday AlertsNext
Start something. Easy as pi.
Contact Us