Eyes in the Back of Your Head

Do you remember when your mom had an uncanny ability to know exactly what you were up to, especially when you weren’t always on your best behavior? The old “eyes in the back of my head” adage seemed to ring true then, as it does now. This blog post will show you how you too can have that extra set of eyes when it comes to Marketo and your data. For some pre-reading, take a gander at the first post in the series, “Eyes in the front of your head”.

You put a lot of thought and energy into your marketing automation strategy. You tried to account for all the intricacies of the organized chaos that is a Marketo system. You built it, tested it, and then…hopefully you took a nap. At least that’s what I do. However, Marketo is not a “set it and forget it” system, like the infomercials for fancy kitchen appliances or hair curlers. It’s imperative to stay on top of all the comings and goings of the data inside your system to ensure that there are no cracks, gaps, and naughty children sneaking cookies from the cookie jar. Oh wait, we’re talking about Marketo, not my childhood. (but really, maybe some of us just have an insatiable sweet tooth. Don’t deny us that!)

This management of data can quickly turn into a near-full time job, so I’m going to share some ways in which you can leverage Marketo to tattle on itself. Through a series of reports and subscriptions, Marketo can hand deliver information to you on a silver platter (aka your inbox).

Like any responsible marketer, you’ve obviously established some data standardization rules (see blog post 1 for details on how to achieve this). These probably apply to country, state, perhaps industry and job title, and definitely lead source. This means you’ve defined a finite and approved list of values that should bet set for each field.

For example, perhaps your business has agreed that country values should be captured as the full country name Mexico (where I am dreaming about a pina colada on the beach), instead of the 2 digit ISO code (MX). You’ve likely updated all forms to capture country as a pick list with the correct data format so that no lead can enter via a form fill with any errant value. You’ve mandated list import templates to catch all the stragglers. You’ve created a data management smart campaign to act as a washing machine, converting all incorrect formats to the standardized values.

Howwwwwever, like those pesky unwanted zits that still seem to pop up (oh ya, sorry, we’re still talking about Marketo and not about my teenage years), it’s not uncommon to see records coming into your database with the wrong field values. In order to be alerted to these, I recommend creating a person report in Analytics. Grouping the leads by field value, let’s use country as the example still, and creating a filter in the smart list of the report to say, “country is not {list of approved values}”. Send this report to yourself on a regular basis so that you can spot the erroneous values and track down where they are coming from. Not only is it important to update the washing machine rules to ensure you catch and correct the bad data value next time, you definitely need to stop the bleeding at the source. If these are coming in from a list import, make a point to talk to the importer to remind them of the template and the process they need to follow.

Like geography based data, this logic can apply to other fields that you’ve mandated a standardization on, such as job title and industry.

A key player in the normalization game is lead source. It’s astounding how many microscopic cracks there are in the platform that quietly usher in leads with non-approved lead sources. Examples of these are when the sales team is prospecting and gathering data out of Jigsaw. The records come in automatically with a source of Jigsaw. Sometimes leads are created via the API that you weren’t aware of and come in without a source. Have fun tracking that one down!

More than any other data point in your system, you should be monitoring and managing lead source with the scrutiny of an uptight librarian. Staying on top of the erroneous values and tracking them down to quell their point of insertion (or at least use it as a conversation point to determine if you need to add the unapproved lead source value to your approved list) will ensure that your marketing reporting is always optimal. In this case, since it’s more urgent than country or state variables, I would recommend creating an email alert that is sent to you when someone is created in your system with an unexpected source.

Similar to your lead source process, your attribution process should mark all leads coming into your Marketo instance with an acquisition program name. Create a person report that highlights records without an acquisition program, sorted by Original Source Type. It is a quick and easy way to identify how records are coming into your system unexpectedly so that you can plug the gap and account for them with a program.

Other than reports and email alerts, I would argue that the most underutilized monitoring tool in Marketo is the “notifications”. You know what I’m talking about, that little number at the top of your Marketo screen that you pretend doesn’t exist. It actually has far more value than we realize, especially since you can subscribe to specific types. My favorite ones to subscribe to are the inactive campaign clean up (that’s right, Marketo will deactivate a triggered smart campaign after 6 months of inactivity); CRM sync problems; and campaign failure notifications.

The idle campaign clean up notifications, while often few and far between, have proven their worth. In the past, it would not be uncommon to hear, “these leads should have been scored +50 but their score didn’t change”, only to find that the lead score rule that was meant to fire was automatically deactivated. While Marketo is doing this to preserve system energy, there are times when a campaign is high value even if it is used infrequently.

Being notified of CRM sync and campaign failures are a back up method to catching records that fail validation (the primary way is mentioned above with the country and state reports, watching for incorrect formats or typos that will likely fail sync to the CRM). It can also help spot errors with the program/campaign integration, and overall platform integration issues like an expired CRM integration user’s password (the horror!!!).

By implementing these and other monitors in your Marketo system, you’ll feel like you have superpowers, and who doesn’t want that? 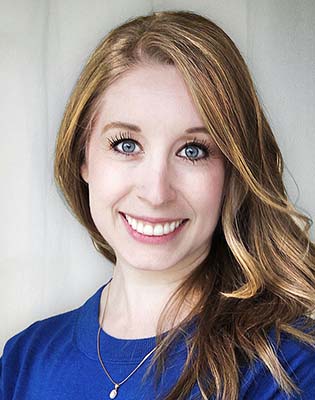 Vivi brings over 10 years of marketing and consulting experience, along with over 15 years of education and training. Prior to becoming a consultant, Vivi managed marketing programs and operations for Xactly Corporation for 4 years, and has focused on consulting and training in Marketo and SFDC since 2012. She brings her passion for marketing, marketing automation, and training & coaching to each client engagement; building relationships and providing insights culled from best practices and past experiences. Vivi holds a bachelor’s degree from UC Berkeley, and won a Marketo Revvie Award in 2012.
All Posts »

Creating a best-in-class marketing operations team starts with the right model. In this ebook, we'll explore considerations for when it makes sense to take initiatives in-house (and when it doesn’t). We’ll also share a model to help you plan your investment and figure out how much outsourcing costs.
Download
eBook
PrevPreviousContent and Sharks: An Interview with David Pitta
NextScaling Digital Marketing From Launch Through Growth for SnowflakeNext
Start something. Easy as pi.
Contact Us