The ink is long dry, the teams are uniting, and just when you think the dust may be settled after an acquisition you have one more initiative, and it’s by no means a small one! When Polycom and Plantronics merged, their legacy systems needed an overhaul and, after much deliberation, the respective teams decided Marketo was the right fit. And so, the migration journey began. Watch as AJ Sedlak, Sr. Manager of Marketing Technology and Automation at Poly walks us through the process from platform selection to migration completion.

Jeff Coveney: Today, we are joined by AJ Sedlak. He heads up marketing and operations at Poly. We’re going to learn a little bit about his migration experience. You were recently involved in a big initiative in a migration. What was the thinking about the migration?
AJ Sedlak: Well, the reason that we had a migration in mind at all was because in mid 2008, Plantronics purchased Polycom, and we had two legacy systems. We had an old Marketo instance, which at that point was I think around six years or so old at Plantronics, and we had Eloqua instance at Polycom, which was about six-years-old as well, and also it carried with it a few years of a previous Eloqua instance that was still in it. We had a lot of creative and technical debt, and so it really made a lot of sense for us to start fresh.

Jeff Coveney: When you found out you were going to be working on a project like that to try to bring those together, where did you start?
AJ Sedlak: We were very fortunate in the fact that we had two teams that had experience on both sides. Had a whole committee discussing pros and cons, and ultimately we decided that Marketo was the path forward for us.

Jeff Coveney: For you, how was it working once you had that decision? How did then you start to line up resources internally and externally to start to drive the project forward?
AJ Sedlak: Yeah, the next step was finding that partner, like I mentioned before, so that’s where we talked to Digital Pi and a few others. One of the challenges that we had, as we thought about building this new instance, is we had these two legacy organizations that were still trying to define what the new organization looked like. We had a lot of unanswered questions and The Gold Standard just stuck out to me as you here is a really strong foundation, here is a case where Digital Pi has developed a base system that is based on research. It’s based on experience, it’s based on iteration.

Jeff Coveney: Can you talk a little bit about what was working and what wasn’t as you were going through that migration?
AJ Sedlak: I think one of the things we did well was trying to keep our production team mostly separate from the migration so that they could keep business running. And we really didn’t burden them with too much of the migration work until we got near the end. And then we said, “Okay, here’s 100 emails. Can you recreate these emails?” We used Digital Pi’s flex templates. We set those up for the new emails. They had to learn how to build emails that way. This was a really good training exercise for them.

We worked on the migration with the Digital Pi team. We had marketing intelligence folks involved. Sales ops, of course, were critical in their support. We had that core team of people that were working on the migration and kept the day to day production separate from that.

Jeff Coveney: What are things like after the migration?
AJ Sedlak: I mean we were really pleased with the situation that we’re in. The production efficiencies alone have been huge. We learned the new tactic of using global forms from your team. That combined with some work that I had done at Polycom where we do some on the fly translations have allowed us to really push that really far where we have one form created in Marketo and we could deploy that not only to multiple programs in Marketo, but we put that on our website.

We can have that dynamically translated into French, or German, or English, or Chinese, and really be able to put that in multiple places at once with no extra work. Those kinds of things are saving us a lot of time.

The program cloning, as I mentioned, that’s a huge thing to us. Just better-defined scoring life cycle. I mean, we hadn’t really used program statuses before, so we’re using that now, and that’s been really important to us. Syncing those over to campaign member statuses and Salesforce have been helpful for reporting the use of channels. I mean, I could go on and on with these kinds of things, but we’re just doing so many things that we hadn’t really done well before or hadn’t really done it all.

Jeff Coveney: How has your management team reacted to the migration?
AJ Sedlak: Everybody was really supportive of the whole thing and we’ve gotten a lot of accolades since then just in the way that we’ve handled everything.

Jeff Coveney: Anything that you would recommend to companies thinking about a migration to Marketo.
AJ Sedlak: Make sure you have a strong partner. No matter how experienced you think you are, having a partner who can just give you somebody to bounce ideas off of, bring a different perspective, bring some other ideas, especially if that partner is also open-minded like your team was, that when we challenged them with some thoughts of our own on some things, they actually considered them and said, “Actually that’s a good idea.” I think that maybe we sent some new ideas into The Gold Standard from there.

Jeff Coveney: Well, I appreciate you joining today, AJ. Congratulations on your high performer award.
AJ Sedlak: Thanks for having me.

Jeff Coveney: And your continued success.
AJ Sedlak: Thank you. It’s an honor.

Jeff Coveney: I look forward to working with you in the coming years to come.
AJ Sedlak: Thank you. Looking forward to it too. 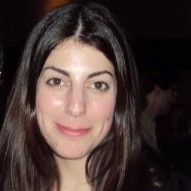 Creating a best-in-class marketing operations team starts with the right model. In this ebook, we'll explore considerations for when it makes sense to take initiatives in-house (and when it doesn’t). We’ll also share a model to help you plan your investment and figure out how much outsourcing costs.
Download
eBook
PrevPreviousMarketo or Pardot—Which is a Better Fit?
NextMarketing and Real-Life Rockstar Cristin DavisNext
Start something. Easy as pi.
Contact Us